Two Sisters and a Mural

This is what happens after my sister Catharine and I spend every day for a week working on a 18.5' x 10' mural - tired, thrilled and crazy! Little did I know there was a door in this wall until after we had it finished.  It's very lucky we didn't fall out.

So why was the decision made to paint this mural at the bottom of this trail head?  Because my sister thought it would not only make this spot more beautiful, but she thought many who use the trail would love it as they began their trek up this mountain.

We began this design several weeks before I flew out to paint.  Catharine cleaned, prepped, painted a base color, and built a scaffold so we wouldn't have to work from ladders.  We traded ideas, sketched, and had a colored drawing of what we wanted on this wall before I arrived. 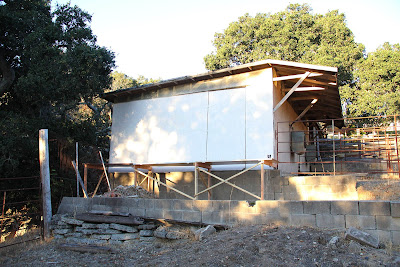 I have to admit the size of this mural was a bit intimidating. Such a large space with only a week to complete it! 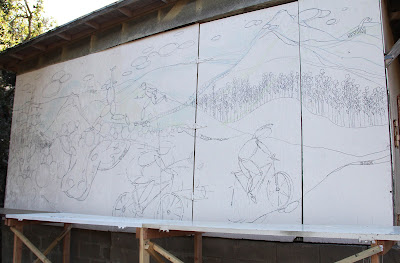 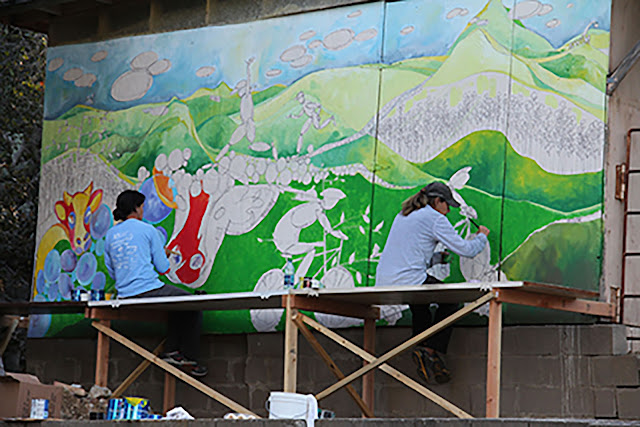 Taking a late morning break after we had two coats of paint. Working so close we had to do this often to see how each piece of the mural worked together including how the colors worked. 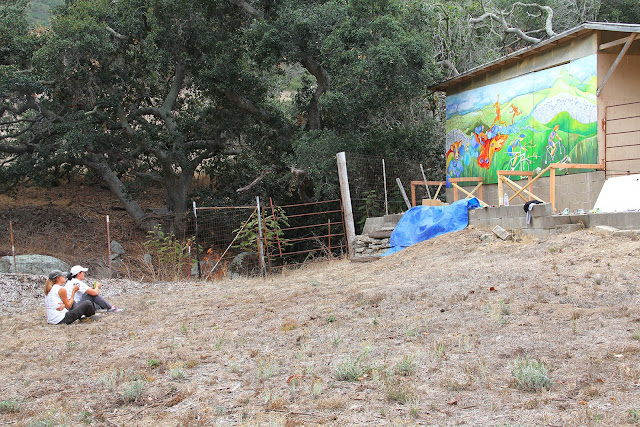 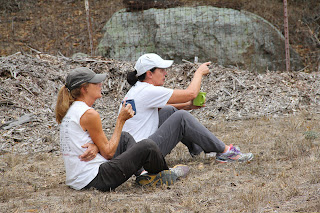 We knew we had different styles of drawing and painting and working on this together confirmed it! Surprisingly we worked well together, learning from each other and letting each other take on what part we did best. 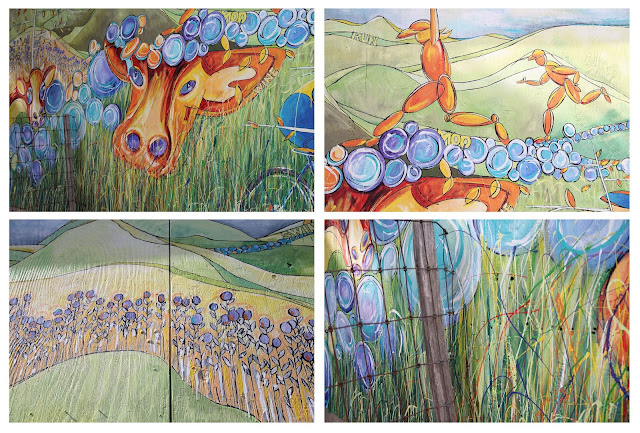 It was interesting, the sixth day we were working on it we both took a step back and agreed that it was finished! 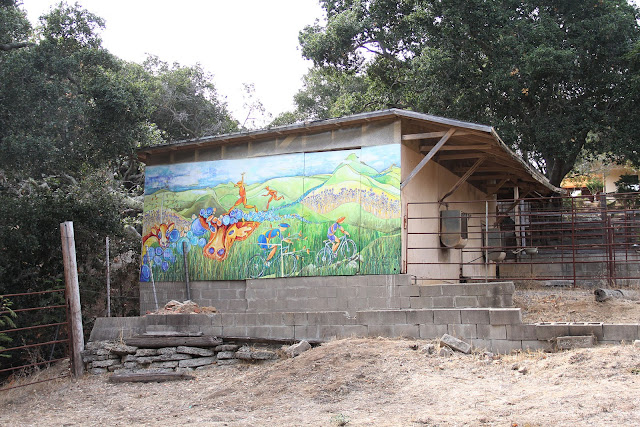 One more thing to do! 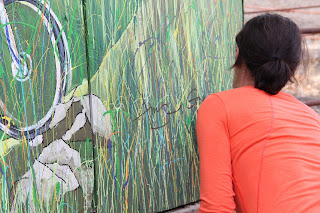 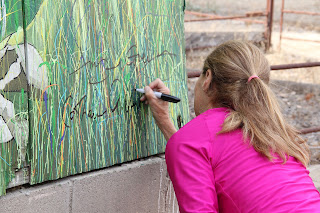 This was so much fun! 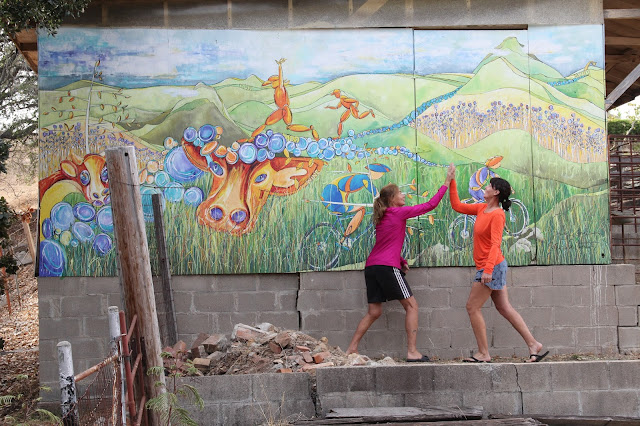 So many memories of doing this together!  Painting with my sister, getting to know the neighbors, neighbors bring us treats, hearing the positive encouraging comments from those using the trail head, yummy food, happy hours, and yes, even two visits to the ocean!

This mural brightens up a drought stricken mountain for sure.  Can you imagine how even more beautiful it will be when they get some rain and the surrounding greens up.  I sure hope the people of San Luis Obispo, CA enjoy it for many years to come.

On a side note:  I knew my sister would not be able to help herself after I left.  I told her not to touch it, but she did.  She had to add a dog!  I sat on pins and needles waiting to see how she incorporated it, but I have to say it turned out great!  We did get several comments asking where the dog was, since a great percentage of people had dogs with them hiking.  I would answer, "they're there, just look behind the hill."  Obviously they were not satisfied, so it was a good decision to have the addition of a dog.

Please feel free to leave comments below.  Stay up to date with what's new! Click the "follow" button near the top off my blog! You can also follow me on Facebook and  Houzz.
Posted by Amy Greving at 8:58 AM