Maybe a little of both? 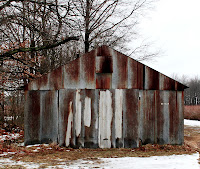 If you want to know the full definition of the word Solstice just click on the word "Solstice".  I thought I probably should look it up before I use it.  Solstice to me means to stand still, to be quiet, to reflect.  I'm not far off because in that definition it states, "The word solstice is derived from the Latin sol (sun) and sistere (to stand still), because at the solstices, the Sun stands still in declination; that is, the seasonal movement of the Sun's path (as seen from Earth) comes to a stop before reversing direction."  I think at times in the midst of ones busyness it good for each of us to do a little of this, "stand still." January is my month to do that.  I use this month for planning, designing and catching up on book work and online work.

We all know what "Solitude," means.  To be alone.  A lot of people are scared of that, and may even think of it as punishment.  Too much solitude is probably not healthy, but I believe a little of it is good.  Healthy solitude gives me time for personal reflection.  It gives me time to imagine, to learn and to grow.

What made me think of telling you this?  As I was driving home the other day I passed this small farm, and just beyond it was this smaller shed with one horse just hanging out in the snow.  I kept driving thinking what a tranquil and peaceful picture.  But as I kept going, I began to feel sorry for him.  He was all alone.  That's when it clicked!  That's how I felt that day.  A bit alone in the middle of January. 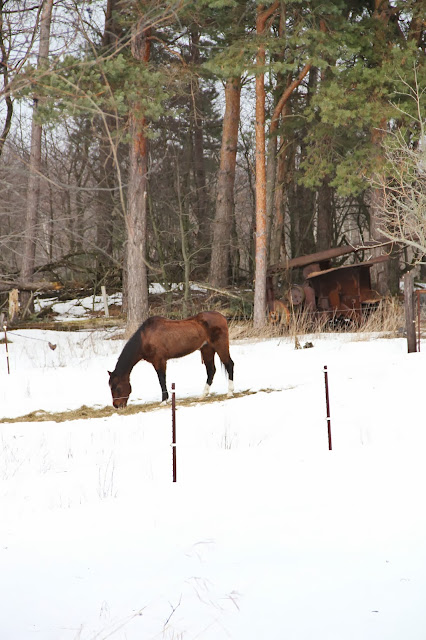 This has nothing to do with where I live or what I do.  I go through this every year in January. I think a lot of people feel this way in January.  December is full of fresh new snow, celebrations, friends, family, then bam...it's over!  It January!  The first part of January is a relief!  It's quiet and I can rest a bit. I always look forward to this time to be creative in other ways than just mixing and sculpting cement and meeting deadlines.  But...when the middle of the month comes I start to get a bit restless, frustrated, and even a little sad as the dark, cold and cloudiness has now seemed as though it will last forever.
So the question I always ask myself is, "What am I going to do about it.  Winter was going to be around for a while yet and Spring was not an option at this point."  I decided to bundle up and get outside.  I drove and walked around to new places looking for some "Solstice" photos.  Here is what I found. 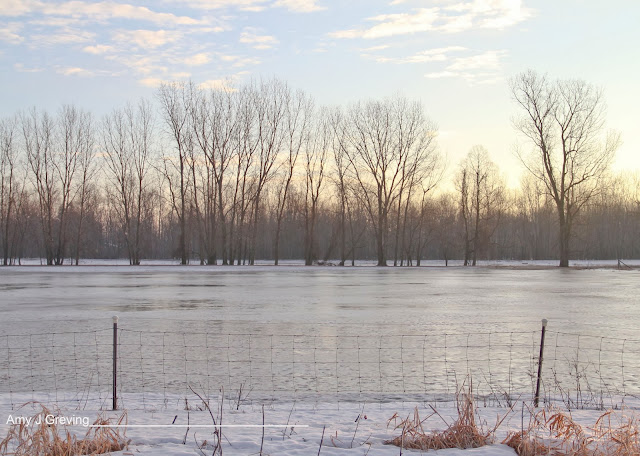 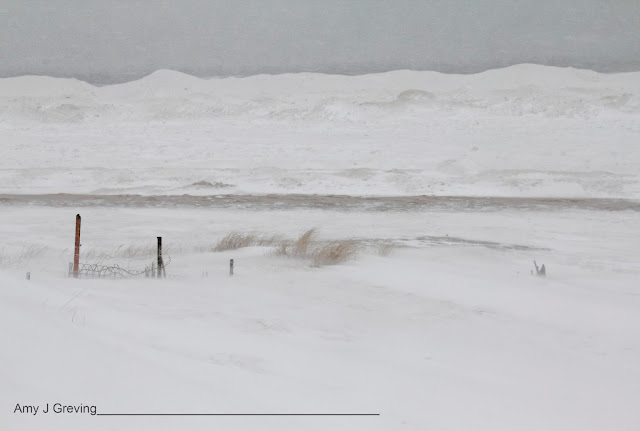 No one was around in these two photos.  I heard one car pass by as I was taking a shot of the reflective icy ground.  It was set off by a perfect row of trees don't you think?  The lake which I visit often was cold and windy.  The ice on the lake reaches out so far now that you can't see any open water.  It's so weird to go there and not see or hear the waves.  It's so quiet.  It gives me that lonely yet such a peaceful feeling.

So this season is what it is here in Michigan.  I decided to live here so I must decide to make the best of it.  Instead of dwelling on the negative idea of Solstice and Solitude I'll enjoy it, reflect in it, use it and move forward.  It's all good.  I look to my new year and to be able to share it with you.